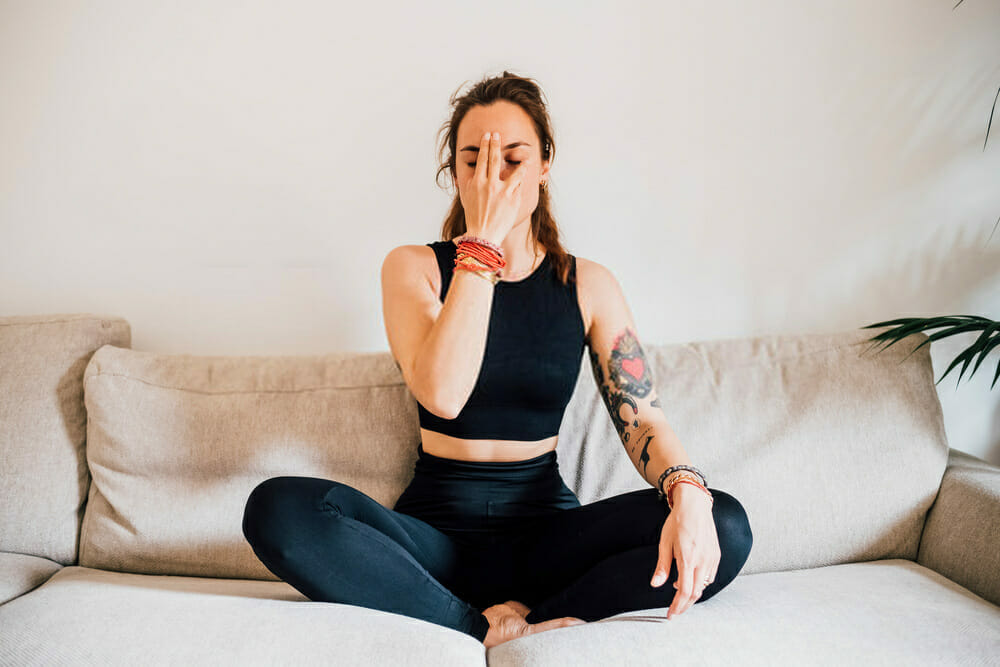 It is a combination of physical postures (asanas), deep breathing, and meditation. It tones and tightens your body and calms your mind.

It improves your concentration and focus, increases your memory power, and lowers your stress levels. It also helps you achieve a state of total “aliveness” or “non-duality.”

Let’s begin with the definition of yoga.

Yoga – The meaning of the word

The meaning of the word ‘yoga’ comes from two Sanskrit words: yuj, which means joining or yoking, and ga, which means action or doing. Thus yoga means “joining (or doing) the action (or doing the actions).”

Yoga is the union of the mind, body, and soul in a single unity. It can be called an overall transformation from the physical to the spiritual level.

Yoga, as a system of physical and spiritual disciplines, is quite old. Though it has been practised in the Indian subcontinent for thousands of years, the twentieth century is the era of its most widespread recognition and development.

The most ancient text, which makes mention of the practice of yoga, is the Rigveda. According to a legend, Lord Shiva, who meditated in a Himalayan cave for thousands of years, revealed many ancient yoga texts.

Over 5,000 years ago, the Indus-Sarasvati civilization in Northern India formed the foundations of yoga. Yoga was initially referenced in the Rig Veda.

The Bhagavad-Gîtâ, written approximately 500 B.C.E., is the most well-known of the Yogic scriptures.

Patanjali is widely referred to as the “Father of Yoga,” and his Yoga-Sûtras continue to influence most modern yoga systems profoundly.

Yoga gurus developed methods to revitalize the body and extend life a few centuries after Patanjali.

Instead, they found Tantra Yoga, an extreme kind of yoga that uses radical procedures to cleanse the body and mind.

Yoga came to the west in the late 1800s. Swami Vivekananda, the first of the masters, stunned the crowd at a yoga lecture in Chicago in 1897. He was a Ramakrishna Paramhansa follower from Kolkata, India.

His talks on the Bhagavad Gita, Karma Yoga, Ashtanga Yoga, Bhakti Yoga, and Jnana Yoga are true inspirations for anyone who does yoga.

Patanjali’s Yoga Sutras are a set of 195 Sanskrit sutras on yoga philosophy and practice. The Yoga Sutra was composed by the Indian scholar Patanjali between 500 BCE and 400 CE, who consolidated and arranged knowledge about yoga from far older traditions.

There are four chapters of the Yoga Sutras, which are as follows:

Sadhana pada: It describes the eight steps that you must follow to progress spiritually. The chapter is for the average individual. It’s arguably the most essential of all the chapters.

Vibhu pada: Describes and warns against the temptations of the eight siddhis, or supernatural powers, which a yogi can attain at higher stages of spiritual development.

Kaivalya pada: It describes how to live in the world detachedly, free of the effects of the three Gunas (sattva, rajas, and tamas), or energy qualities.

These chapters focus on a person’s real progress in action, thought, and speech. Patanjali’s Yoga Sutras have become one of the most cited sources of yogic wisdom because they give the ultimate instruction manual for yoga and spiritual development.

Ashtanga Yoga system is the eight limbs of yoga that is a self-transformation process leading to the ultimate state of joy.

But, if you’re a yoga teacher or a yoga student, you’ve probably performed elements of this route without even recognizing it!

The eight limbs are:

A person who has completed these eight stages of development will have the full support of the universe around them. The practise of yoga helps you on your journey to each of these stages.

Let us look at a few of the most prominent scholars in yoga history.

When Swami Rama was only four years old, he left his home and searched for teachers to help him spiritually.

He later went on to study with Tirumalai Krishnamacharya, who was called the Father of Modern Yoga.

Pattabhi Jois also went on to teach ashtanga yoga, which is still practised today around the world.

We will not take a look at how yoga helps in your everyday life.

Yoga has been used for thousands of years to help people manage their health and wellbeing. Although we know that yoga is good for the body and mind, we don’t fully understand its benefits.

So let’s see how it helps improve our health!

Yoga can also help your mental wellbeing by allowing you to create a sense of calmness and control over your thoughts.

Yoga teaches you how to improve awareness of your own body, mind and senses. It also helps you to be able to use all of these senses properly to live a healthy and positive life.

Yoga is a great way to be fit and healthy. It can also help you improve your posture and tone up your muscles at the same time.

Breathing exercises are also helpful because it helps the body’s natural ability to regulate its temperature.

Now that we have seen the health benefits of yoga, we will look at what kind of yoga. Modern Yoga and traditional Yoga are the two different kinds of yoga.

It is modern yoga because it combines different techniques designed to create a fitter and more flexible body using modern technology and equipment.

Many of the positions are held relatively effortlessly, thanks to the use of props for support.

A therapeutic yoga session may include:

This purposefully relaxing atmosphere stands in stark contrast to the hectic pace of modern life and can provide a haven of relaxation and shelter.

Acroyoga is a fusion of three different traditions: Yoga, acrobatics, and Thai massage.

As we know from our regular yoga practice, the philosophy of yoga entrenched takes it beyond just a physical exercise; it’s more than that.

Mindfulness has long been an essential component of yoga’s physical practice.

The goal is to cultivate mindfulness while employing asana as a vehicle.

As a result, mindful yoga is considered a type of meditation, and it is frequently performed before a formal meditation sitting.

Although this should always be the case in yoga, this practice emphasizes observing your mind and sensations while performing the yoga pose.

It’s a new technique in which some passive yoga poses are held for an extended period.

It is crucial to understand that monks first practised Hatha Yoga as an austere practice.

Only passive (yin) positions are employed in Yin Yoga. Muscles are used sparingly, so they are lightly engaged to maintain the posture without extra effort.

The poses are also inspired by Hatha Yoga but are given different names to prevent direct identification.

There are several different types of power yoga. It is a vigorous exercise that helps with flexibility, strength, endurance, coordination, balance, and speed.

There are three different types of power yoga: Vinyasa, Bikram, Ashtanga. Vinyasa is the most popular form of power yoga.

Bikram Yoga is a branch of Hatha Yoga that originated in the United States in the 1970s by Bikram Choudhury.

The workout takes approximately 90 minutes. The postures in Bikram yoga are designed to be challenging.

The student is also required to chant throughout the workout, which helps with concentration.

It is a traditional way of doing yoga because it’s more like what you would have learned when you started practising.

Ashtanga Vinyasa yoga is a classic, vigorous, and dynamic style of yoga. When done correctly, it requires an excellent level of attention and concentration, generates an internal heat that cleanses and purifies, builds a strong, supple body, and clears the mind.

As a result, Ashtanga Vinyasa Yoga is a variation on the asana part. This yoga practice has now influenced many other kinds of power yoga.

Hatha Yoga is a form of ashtanga yoga. In ashtanga yoga, the primary purpose was to bring you into a union with the divine, but in hatha, you learn to unite yourself with your soul; that is why it’s a more traditional form.

This type of yoga can provide an individual with instant relaxation, even if they have been stressed out all day.

Kriya Yoga is an ancient meditation practice that is also a component of a broader spiritual journey.

It assists the practitioner in controlling the life energy by bringing it up and down the spine with awareness and will.

For generations, the ancient technique of Kriya Yoga was kept secret. However, it was revitalized in 1861 when the great yogi Mahavatar Babaji taught the technique to his follower Lahiri Mahasaya in the Himalayas.

Sivananda Yoga derives from Swami Sivananda’s tradition, as presented to the west by his student Swami Vishnudevananda in the late 1950s.

They are as follows:

Yogacharya B.K.S. Iyengar founded and developed the Iyengar Yoga system more than 75 years ago. Iyengar Yoga is suitable for people of all ages and body kinds.

Kundalini yoga is a synthesis of Bhakti, Raja, and Shakti yoga. Kundalini yoga aims to give a method for people to realize their full creative potential, release themselves from Karma (the long-term consequences of past acts), and discover their life purpose.

“Kundalini” is derived from the Sanskrit word “kundal,” which means “round.” It also refers to a coiled snake.

Laya is a Sanskrit word that means “dissolve.” Laya yoga leads to Samadhi, which is the most significant state of union with the divine.

Though it is also known as Kundalini yoga because it awakens the kundalini strength, Laya yoga operates from the top of the body’s Sahasrara (crown chakra). It flows down through the lower chakras to awaken kundalini.

Yoga is a practice that has been around for as long as the written word. It has helped many people worldwide keep a healthy and balanced lifestyle, and it continues to improve the health of many people today.

So if you are looking for peace of mind, better balance in your life, or an overall healthy lifestyle, yoga can help! 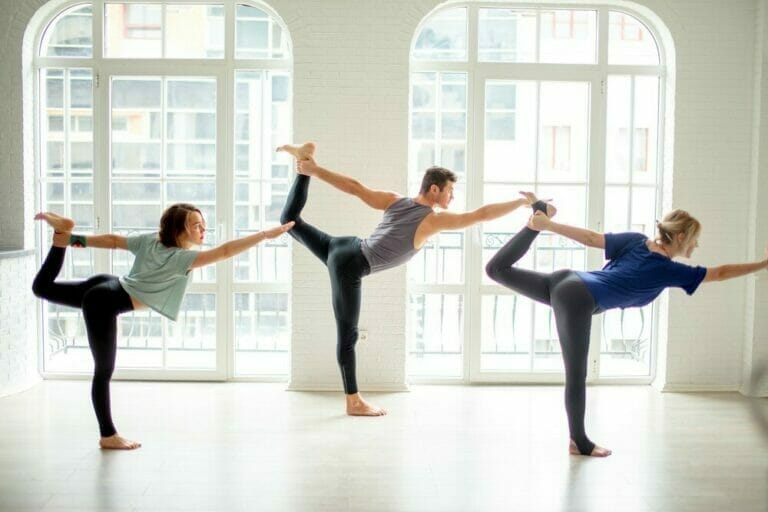 Yoga has enormous benefits on physical and mental health that can cure chronic and non-communicable diseases. Regular practice spurs the organs and improves metabolic activity.  Above all, it keeps the individual active and healthy. Yoga also helps to reduce stress, another primary concern of many people.  Yoga poses are divided depending on the target area…

Many people are interested in learning how to increase their flexibility, decrease stiffness and tightness, and become stronger.  Yoga is one of the best ways to achieve these goals. Stiffness and tightness in our body are the result of muscle tension and holding on to old trauma.  Over time this tension can cause joint stiffness,… 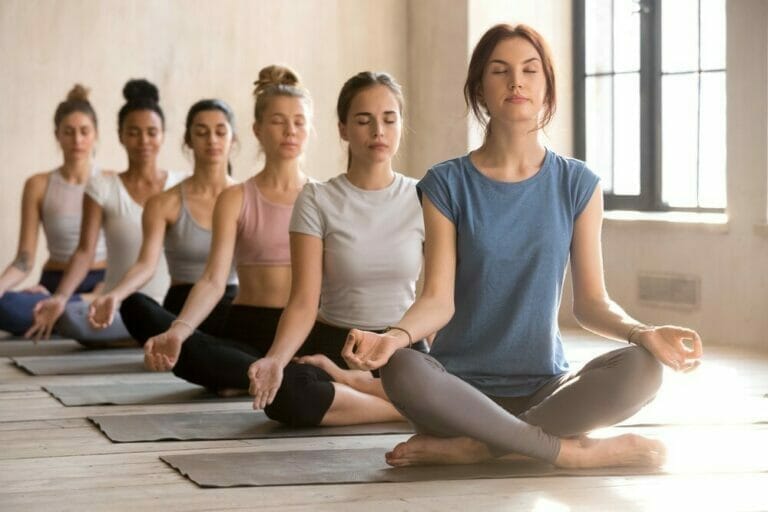 Many breathing exercises are beneficial for our health and well-being. One of the most popular and effective is the Kapalbhati Pranayama. It is a straightforward breathing exercise that you can do while sitting in the lotus position.  This exercise aims to make the air enter through the nostrils and exhale through the mouth. This practice… 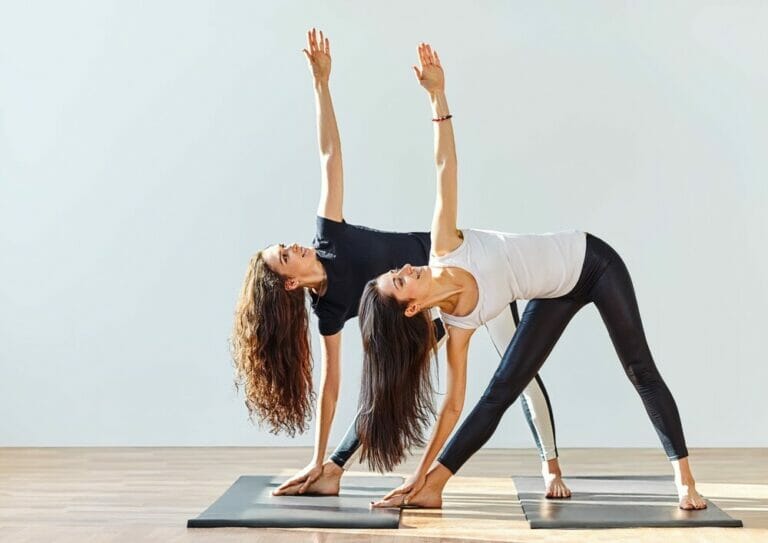 Do you and your partner not have a set date night routine yet? Bath, wine, and Netflix just isn’t cutting it? Are you tired of breaking out the board games? We’ve got you covered. Try these poses with your significant other to bring the fun back into your relationship! Yoga is a great way to… 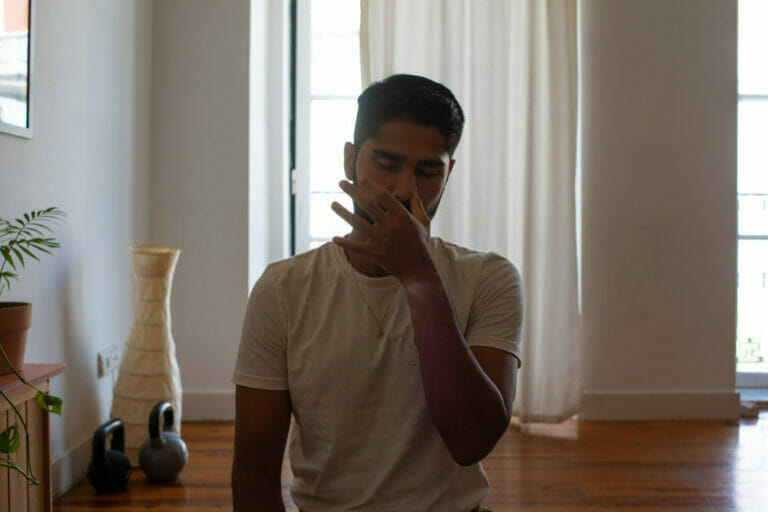 Pranayama is the art of breath control and is one of the six main pillars of Hatha Yoga. This breathing technique will give you more energy, reduce stress and increase your self-esteem.  This article will learn about shitli pranayama, its benefits, and how to practice it. What is Shitli Pranayama?  Sitali pranayama (sometimes spelt “Shitali… 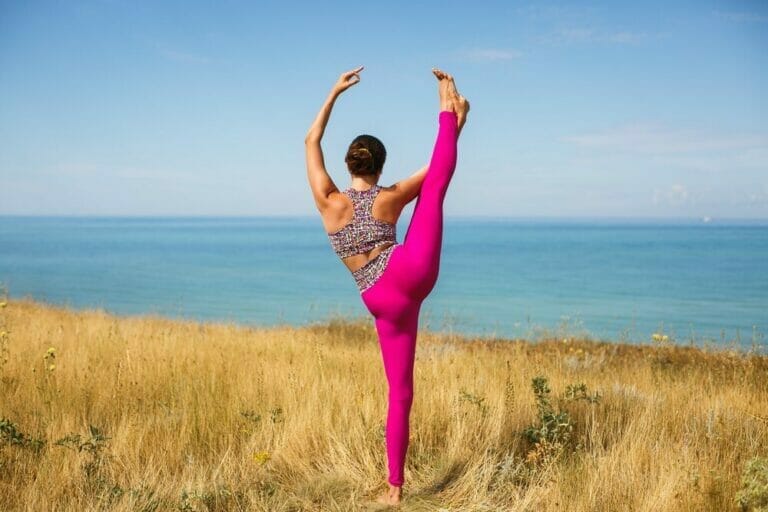 Ever tried One Leg Yoga before? Ever thought it sounded like a curious mix of fitness and yoga? Well, you’re not alone. So many people are starting to try out this new form of exercise.  One Leg Yoga Poses are for everyone who likes yoga or wonders about the mysterious world of yoga. It is…